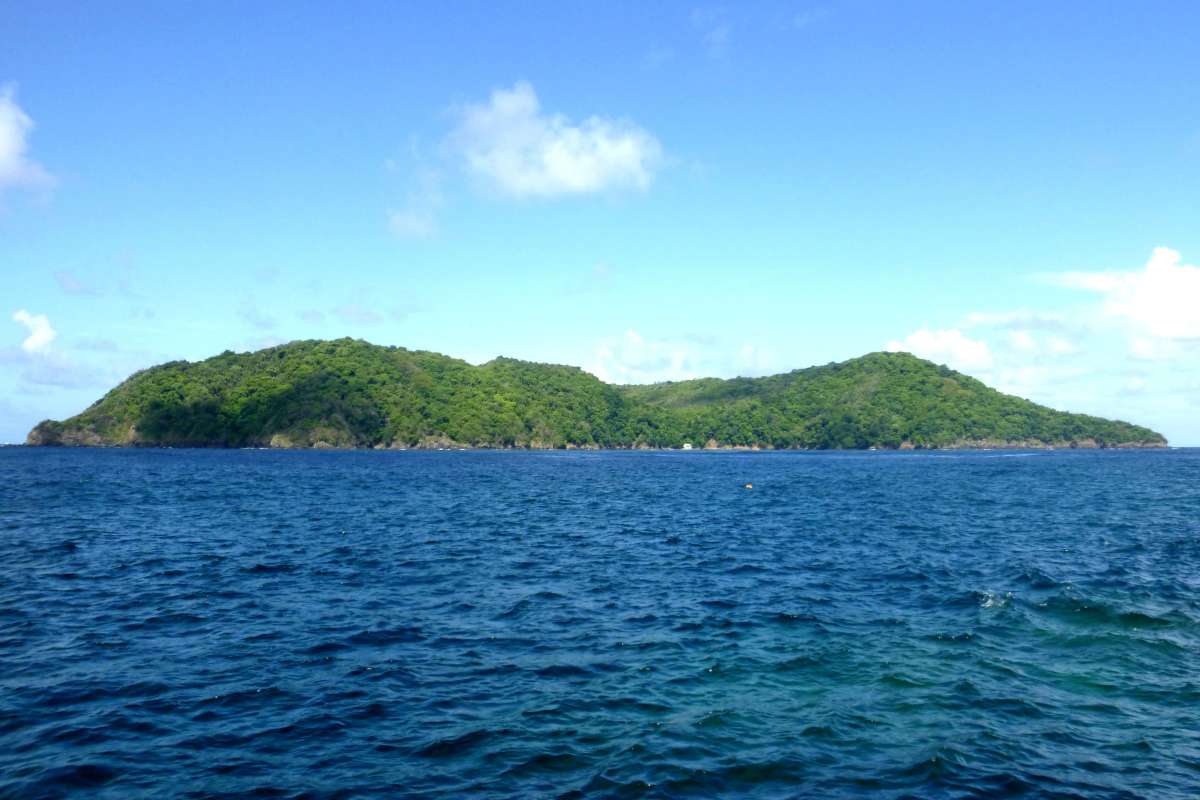 Little Tobago, also known as Bird of Paradise Island, is located about 3 km (1.5 mi) off of the coast of the village of Speyside, Tobago. This mountainous little island was a cotton plantation in the late 1700s known for yielding more cotton per acre than anywhere else in Tobago.

After the collapse of the cotton industry in Tobago, the island was mostly abandoned until 1898 when Sir William Ingram purchased the island. He imported and introduced a colony of 24 pairs of Birds of Paradise (Paradisaea apoda) from Aru Island, New Guinea in 1909, where they stayed until 1963 when a hurricane wiped out much of the population (the last Bird of Paradise was seen in 1982). After Sir William passed away, his heirs returned the island to the Government of Trinidad and Tobago on the condition that it be maintained as a bird sanctuary.

Today it is the main nesting area for the Red-billed Tropicbird in Tobago, and one of the Caribbean’s important seabird sanctuaries.

All the boats coming to the island dock at a small beach facing mainland Tobago, from which several trails cut uphill to a gazebo offering gorgeous views of the island’s rocky coastline. The trails are relatively easy to trek and are great for observing birds and the other fauna of the island (like hermit crabs, anoles, and spiders).

Just up from the jetty sits a wooden structure slated to hold a museum at some point in the future:

No comments to show.